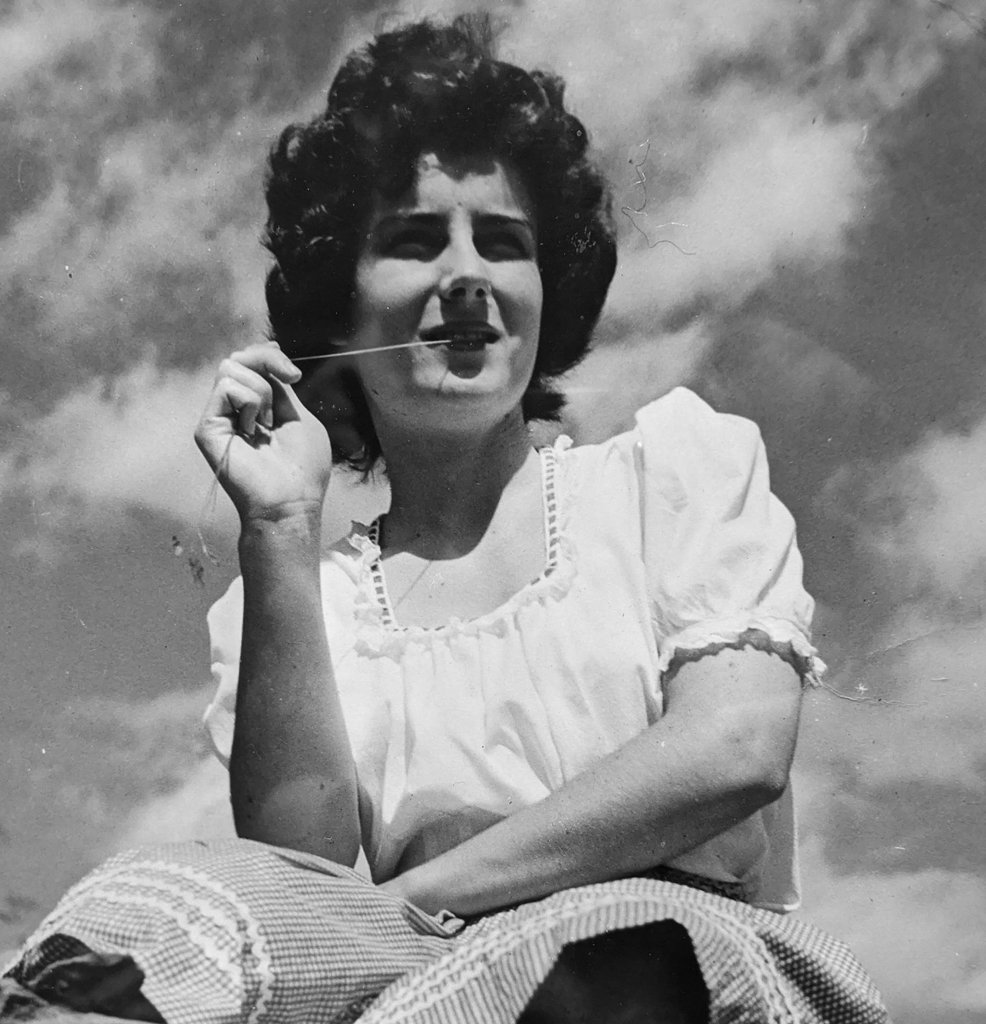 It took a little getting used to the first year student from Englewood, New Jersey, but Anne Lyon soon gained momentum and by her second year, she was taking full advantage of all that Bennington had to offer.  While she focused in the social sciences, taking courses with the famed psychologist Erich Fromm and others in the department, her interest in design, architecture and the natural world was fueled by the frequent visits and lectures of Buckminster Fuller P ’51. Both would play their part influencing her life.

After graduating from Bennington, Anne took to making a home. She married William A. (Bill) Klopman in 1945, raising their six children and numerous pets. With Anne’s eye and penchant for design, the Klopman’s home was enviable and something she was quite proud to share. As a visitor from the College recalled, it was “extravagantly wonderful and incredibly tasteful.” It was a home made to host and with a host who welcomed visitors and made them feel at home. One of her children’s friends remembered that “she always offered me a Coke and a good conversation when I visited.”

Anne remained connected to Bennington throughout her life—as a donor, a Silo society member, class agent, and director of the College’s Alumnae Association. She raised funds for the College’s capital campaigns and, once, to help classmates in need. Her affection for Bennington was contagious. When it was time to choose a college, her daughter Betsy Klopman ’80 also chose Bennington.

Almost 50 years after Anne’s graduation, she could still be counted on to come up for class reunions. But to come back to Bennington was to come close again to the friendships that meant so much to her. “I stay in North Carolina mostly now,” she shared with a friend at the College. “Most of my friends have passed away, so coming to campus is not the same anymore.”

Although she refrained from traveling up to campus later in her life, she continued to show her support for the institution. In 2004 she founded the W. Klopman Family Foundation with her husband, through which she continued her philanthropic support.

Anne was preceded in death by her husband and a son William Jr. She is survived by her children Peter, Linda, James, Betsy, and Thomas, 6 grandchildren and 7 great-grandchildren.