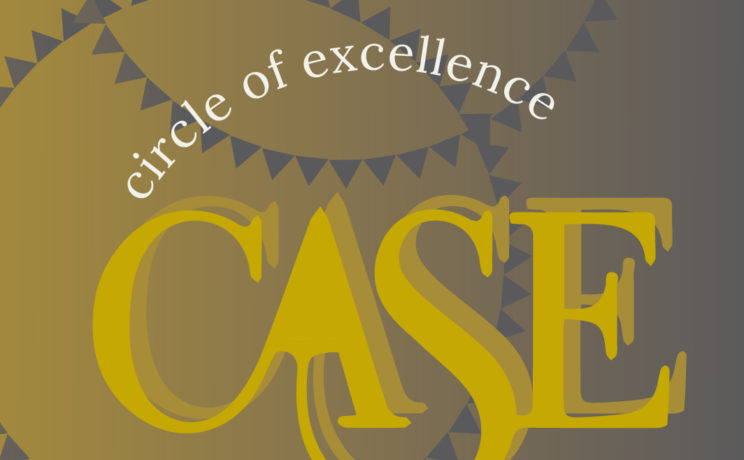 Most Celebrated Magazine at CASE

Last year Bennington Magazine transformed from a publication that told stories to readers to one that solicited stories from readers by asking questions and publishing the selected and edited responses in the feature section. In doing so, it became the first and only alumni magazine to ask readers a question as a way of organizing content. For the summer 2019 issue, readers were asked: What didn’t exist before you made it? In the winter of 2019 they were asked: What did you once believe to be impossible that you now think is possible?

Readers responded with appreciation in letters and surveys. This summer the praise went further when Bennington Magazine was honored with five Council for Advancement and Support of Education (CASE) Circle of Excellence Awards, becoming the most celebrated alumni magazine by CASE this year.

The magazine earned a Gold for “Magazines on a Shoestring,” a category which recognizes alumni magazines that operate on the smallest budgets in industry; three Silver Awards for “Publishing Improvement,” “Design Excellence,” and “Excellence in Alumni Engagement”; and a Bronze Award for “General Interest Magazine Excellence.”

The judges wrote, “The concept of structuring a magazine around posing a question and then curating responses from alumni is as intriguing as it is ambitious and bold. The result represents a reflection of the institution.” They continued, “The bravery of Bennington’s small team … stood out.”

In addition to the Circle of Excellence Awards, Bennington Magazine was nominated for the Robert Sibley Magazine of the Year Award—the industry’s highest honor—sharing the honor with Bowdoin, Dartmouth, Northwestern, Rhode Island School of Design, University of California, Berkeley, University of Pennsylvania (Wharton Magazine), and University of Toronto (UofTMed Magazine) and LMU (the Sibley winner).

The next iteration of the magazine was expected to reach reader mailboxes in June, populated with responses to the prompt: Describe Yourself. And then plans changed.

Printing and mailing the magazine was put on hold for the year to help offset the tide of financial pressures brought on by COVID-19. The refocus allowed the small, online magazine team to develop a long overdue mobile-first magazine.

All magazine departments are represented in the online publication (National Reviews, Headliners, Featured Responses, In Memoriam and Notes) with Notes being held to launch in the next issue online.

New to the online magazine

FEATURED RESPONSES Readers will now be able to easily submit responses to the featured question by submitting an answer to the magazine question here. All featured responses must respond to the question to be considered for publication.

NOTES Alumni, students, faculty, and staff are invited to share recent news and updates about their work and life by submitting Notes directly to the magazine. All Notes are organized by content (not constituency). Notes were not launched this summer, but will be launched for the next edition. *All Notes will be available to the public and are indexed in Google searches.

NATIONAL REVIEWS All members of the Bennington community who have received a book review published in a major national or international media outlet, are invited to submit the book, national review link(s), and publishing information here. Books that have not received a national review are included in the Book Notes, Available Now section, which will see a digital launch in the next edition of the magazine.

HEADLINERS Readers are encouraged to share links to stories appearing in major media outlets that profile or highlight members of the Bennington community.

IN MEMORIAM Readers are now able to submit celebrations of life (<500 words) to honor members of the Bennington community who have died.

All contact information changes; notices of death; and mail preferences are managed by the Office of Alumni Relations.